Of all the concerns parents have when they send their child to nursery school, the quality of the indoor air they breathe shouldn’t be at the top of the list. However, after a 2017 report commissioned by the Mayor of London showed that 77 of Islington’s schools, colleges, and nurseries were found to be in areas where nitrogen dioxide (NO2) levels were beyond EU legal limits and thus harmful to health, indoor air pollution became an immediate concern for parents.

Air pollution levels are a serious concern for anybody living and working in London, especially for babies, toddlers, and children whose respiratory and immune systems are still developing. In a statement, Mayor of London, Sadiq Khan said, “It is shameful that children across London are breathing in toxic air simply by going to and from school and I am determined to do everything in my power to safeguard their health.”

Not content to stand by and wait for Mayor Khan to lobby government, Hopes and Dreams Montessori Nursery School founder, Susan Bingham decided to take matters into her own hands. The nursery school in Islington was one of 761 nurseries in London within 150 metres of a road breaching legal NO2 levels. “As a business in an environment working with young children, I knew I had to act quickly,” said Susan. “Our duty of care meant that we had to find an immediate solution to the air quality problems in London, rather than waiting for new targets or regulations to come in.”

Not only does Susan take pride in the fact that the nursery school already has a reputation for progressive and inspirational learning methods for babies and children, but it was also the first nursery school in the UK to embrace clean air technology to tackle the problem of indoor air pollution — yet another feather in her cap.

“I knew nothing about air purification and decontamination at the time, but once I discovered VIRUSKILLER™ from Radic8, I was sold,” she said, “especially since it could neutralise indoor pollutants such as formaldehyde, help stop the spread of germs and viruses, and help our children and staff who suffer from asthma.”

The nursery school installed 15 VIRUSKILLER™ units in total, wall-mounted units for the office, classrooms, and bathroom, while tower units were placed in reception and one of the main play areas. The units were fitted with customized wraps featuring colorful illustrations of fairies zapping pollutants to introduce the technology to the toddlers and children in a fun and friendly way.

According to Susan, the nursery school wanted to do its part to help children and parents make better decisions for the air and world around them. “Educating the children from this young age about how dangerous indoor air pollution can be was crucial in safeguarding their health as well as that of the teachers and staff who care for them each day.”

The Montessori nursery school method is rooted in the foundation that children learn directly from their environment. Learning practical skills fosters independence and builds positive self-esteem from an early age and, according to Susan, incorporating the Clean Air Fairies was an opportunity to introduce the children to living a cleaner and healthier lifestyle too.

The teachers who act as ‘clean air fairies’ educate the children aged from 3 months to five years old about the importance of clean air, where to find it, and ways in which they can reduce their impact on the environment, such as travelling in cars less, planting trees, and sneezing and coughing into their elbow to avoid spreading viruses and infection. 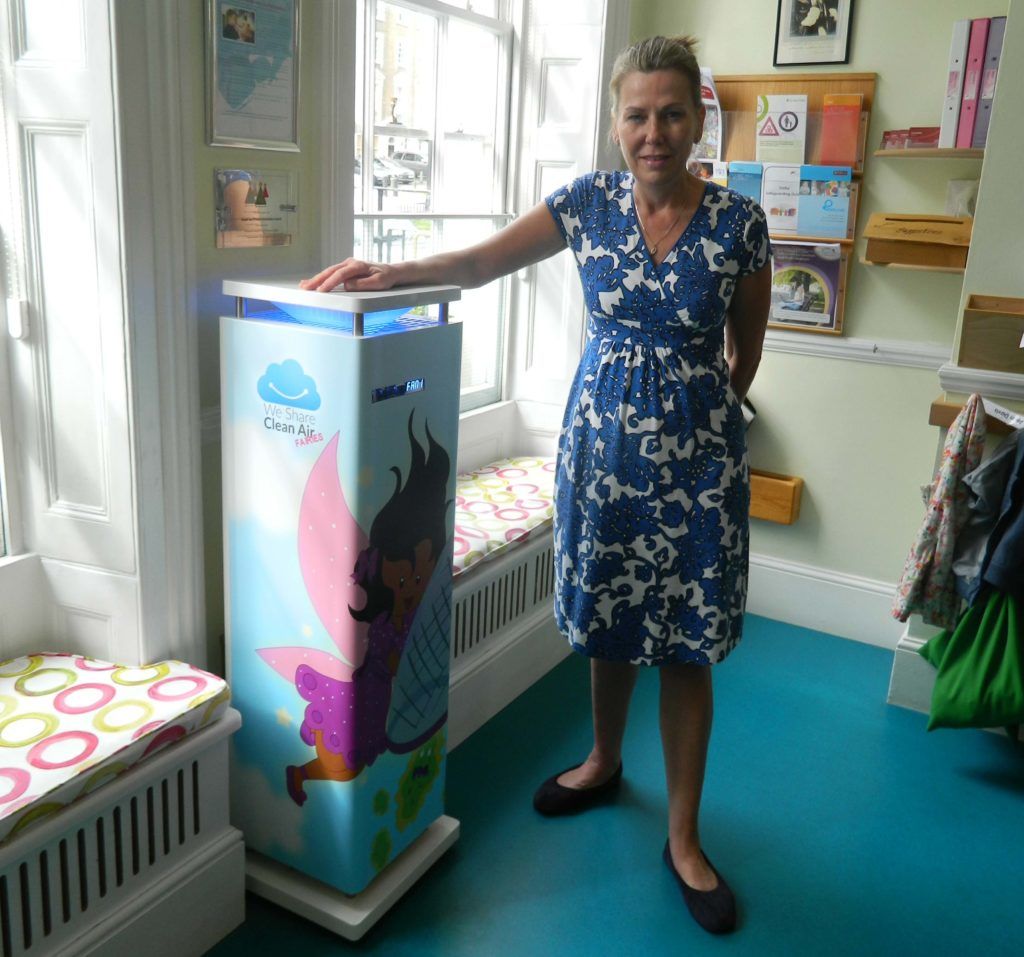 Breathing a sigh of relief

The benefits of clean air were felt quickly around the nursery school, with greater engagement from children and a sense of comfort while indoors and, almost four years on, Susan’s expertly honed senses can now detect when a VIRUSKILLER™ unit hasn’t been switched on.

“I’ve become somewhat of a clean air snob,” she laughs, “but at 6.30am those units are switched on, and if I walk into a room, I can sense if the unit in that room isn’t on.” Susan and her staff are relieved that the units have been installed and the feedback from parents has been glowing. “These units have been a constant source of reassurance for us and the children in our care.”

Of course, she could never have known just how shrewd the nursery school’s investment in clean air technology would be back in 2017. When the coronavirus pandemic hit in 2020, her forward-thinking and early adoption of this cutting-edge technology provided an added layer of protection — not to mention the crucial reassurance the parents needed — while teachers and staff felt confident to come to work.

“We can’t live without our VIRUSKILLER™ units,” says Susan. “They’ve completely changed our understanding and appreciation of superior indoor air quality, and our experience in tackling air pollution has left an indelible mark on not only the staff but also our children and their families.”